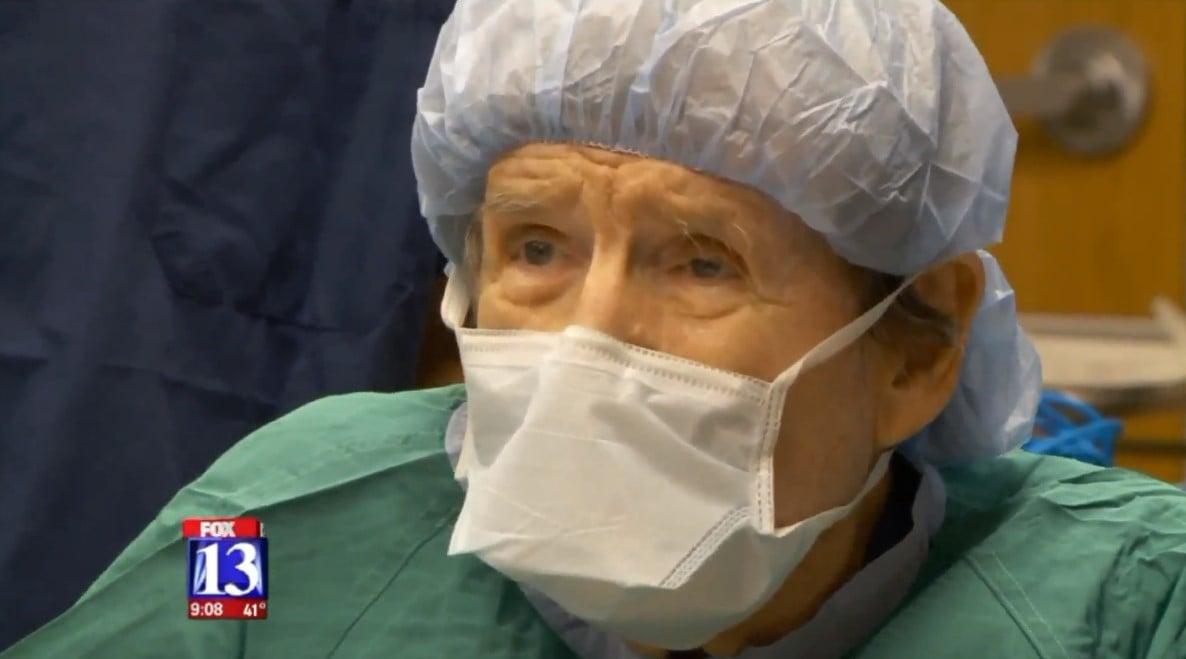 It was a mock surgery, but a special day all the same.

The hands-on experience was part of the Mountain Ridge Assisted Living Facility’s “Livin’ the Dream” program, and it was on Dr. Ren’s bucket list.

“It’s wonderful,” he said of the experience. “Everybody’s so good to me. I don’t deserve it.”

Dr. Ren, 94, is a retired orthopedic surgeon. He graduated from the University of Utah and did residencies all over the country, including Seattle, New York and Louisiana. He served in the United States Navy and performed surgeries at three Utah hospitals: St. Benedict’s (now Ogden Regional), St. Mark’s, and LDS hospitals.

He called the OR at Ogden Regional “a wonderful place” and noted “surgery has changed a little.”

“It’s something very special,” Gordon said. “I think, you know, once you’re in the OR and you love it, it’s your home and so it was like for him coming home.”

A team of surgeons helped Dr. Ren in a mock surgery, showing him the latest technology in the field.

Looking back on his career, Dr. Ren said he owes it all to some very special people.

“You couldn’t do it without good nurses,” he insisted. “They know what instruments to use, when to use them, and they’ll hand them to you before you even ask for them!”

Vibrant Life® and Getting Residents Outdoors