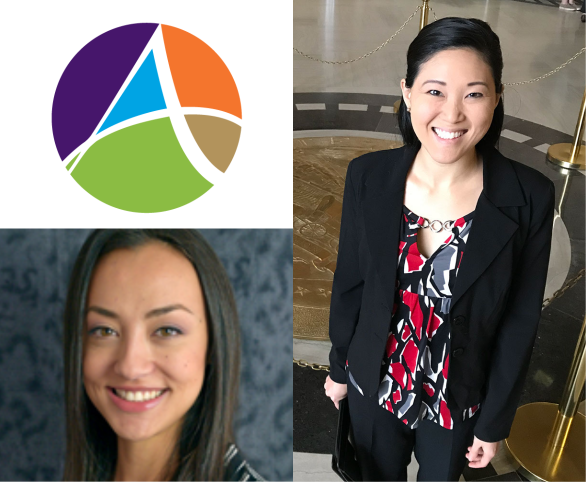 Sharing their stories and perspective

Crimes against Asians and Pacific Islanders are on the rise and the statistics are startling.  More than 2,100 anti-Asian American incidents of violence related to COVID-19 were reported across the US between March and June 2020 alone.  In the first weeks of 2021, there has been a rash of violent acts against Asian Americans – specifically targeting community elders, which has resulted in severe injuries and even death.  Currently, on average there are 100 anti-Asian acts reported daily nationwide. And our children are not spared; a whopping 81.5% of Asian youth reported being bullied or harassed in 2020.

In Oregon alone, The Department of Justice reported that the rate of race related crimes against Asians increased by 366% between January and April of 2020.  Sadly, the harassment did not end in 2020.  In the last week of January 2021, more than a dozen Asian owned businesses were vandalized in Portland and several acts of physical violence were reported against Asian American residents on public transportation.

Often, these experiences and events are something we only read about or “know someone who knows someone” it happened to.  However, many of us within the Avamere Family of Companies have directly experienced forms of discrimination and outward aggression since the onset of the COVID-19 pandemic.

“I was out in a state park to celebrate Mother’s Day with my mom and step-dad and as it was at the height of Covid, we isolated ourselves purposely and were picnicking by a tree with no one around or near us. A group of young, white men drove by, rolled down their windows and hollered at us to wear masks and to go back to where we came from. We did have masks nearby but as we were eating and no one was near, we were not wearing it at that time.

It definitely ruined what was supposed to be a joyful celebration for us.” – Kris Gonzales, DPT

Unfortunately, this is not the first time anti – Asian racism and prejudice has risen in our country. The United States has a long history of discrimination and xenophobia against Asians and Asian Americans. Like other diverse communities, laws were created that revoked the rights of Asian Americans and punished them for their ancestry and lineage. On March 12, 1875 the Page Act was enacted, which banned Chinese women from immigrating to the United States. This was followed by the Chinese Exclusion Act (May 6, 1882), which was passed by Chester Arthur and prohibited the immigration of Chinese laborers. Essentially, this denied entry into the country for all Chinese people for ten years. Half a century later, on February 19, 1942, President Franklin D. Roosevelt signed Executive Order 9066, which forcibly incarcerated 110,000 - 120,000 Japanese American residents into concentration camps, for the duration of World War II. This unconstitutional incarceration ended in 1945, through the Public Proclamation 21. While Congress recognized that a grave injustice was done, not a single person was found guilty of treason. However, hostility and violence continued to sweep across the nation against Asians and Asian Americans for decades.

Policy injustices like these were the manifestation of long-standing “yellow peril” and perpetuated propaganda by well-known American artists such as Dr. Seuss. This dark history certainly informs the fear and “otherness” that Asian American people feel to this day.

This history is personal, relevant and felt acutely by some members of the Avamere Family of Companies:

“My Great Grandfather was taken into a concentration camp on the day Pearl Harbor was bombed.  His wife was left to raise five sons for four years without income, employment or the English language.  He was then relocated ten times ‘to discourage organization.’  Their oldest son, my grandfather, enlisted to serve in the United States Army that year- to prove his Americanness.” – Hoku Okumura

“Both my Godparents’ families were removed, incarcerated, and their families returned with nothing after the war ended. They lost their businesses, homes…just everything.” – Jessica Burkard

We may have distanced ourselves from this dark history in the past, but we can no longer be silent about it.

February 12th ushered in the Lunar New Year – an auspicious occasion for many Asian cultures.  This is a time to start fresh and to honor our ancestors and celebrate with family. Our country and company should be horrified by the ongoing acts of violence. We ask the many members of our Avamere Family of Companies to use our platform in the community to amplify the voices of our Asian American colleagues, neighbors, and patients.

Would you like to know how to make an impact?

Here are a few suggestions made by #ImReady Movement:

As you can see, the Avamere Family of Companies is made up of people of many origins. Hate and discrimination against some of us, hurts all of us.  Similarly, elevating and supporting our diverse workforce and community of patients galvanizes the positive change and progress we are working toward.

Those who have been impacted by a bias-driven incident should report these hate crimes immediately to their local law enforcement agency and at www.stopaapihate.org.