A Caregiver’s Dream to Become a Nurse 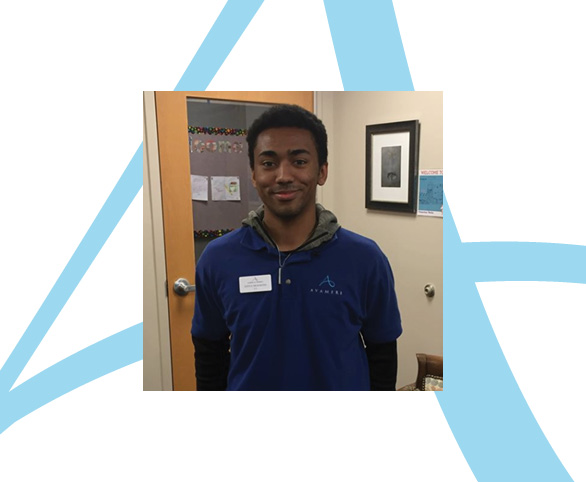 Only two months into his job as a caregiver at Avamere at Newberg, Titus Sessions knew he wanted to be a nurse.

Discovering his love for nursing

He was attending Chemeketa Community College for general education while trying to figure out his career path when an acquaintance, who worked at Avamere at Newberg, suggested Titus come work at Avamere. Once he started as a caregiver, Titus discovered his passion for nursing.

“I love being with the residents, talking with them, and getting to know them,” Titus said.

“Some of the residents are extremely funny,” Titus said, “especially when they laugh at the same joke over and over.”

Finding inspiration in a resident and his grandmother

Titus’ favorite time of the day is dinner time because after passing out dinner to the residents, he can sit down and talk with them, listening to stories of their past.

One Avamere at Newberg resident used to build containers for semis to carry oil and gas. Hearing how this man welded materials and made containers with his team encouraged Titus to go after his dream of becoming a nurse.

He started talking to his grandmother, who he shares a close bond with, about his hopes for his career. His grandmother fully supports him in his dream, saying he will be great at it.

“As a nurse, I can see new patients, hear new stories, and help new people as much as I can,” Titus said. “Every time I think about it, it makes me smile.”

Titus recently visited Park Academy, where he attended from the 4th grade to his sophomore year of high school. He shared his dreams of becoming a nurse, and their post on Facebook shows how much they support Titus’ aspirations.

Seeing the classrooms he used to sit in and his past teachers brought back memories. One of the teachers he visited was Kim Bartin. When Titus still attended Park Academy, he made soup for Kim when her father got sick.

Titus made this homemade soup with wontons and pot stickers for a school event, Asian Traditional Day. Kim loved the soup, so Titus shared the recipe. Titus was happy to hear his teacher still makes that soup to this day.

“It made me feel I was still connected in some way,” Titus shared.

Nursing is a natural fit for Titus

While Titus is new to the healthcare field, taking care of others is something he has been doing for years.

Titus has lived with his grandmother since he was six years old, and as she got older, Titus started helping take care of her.

“When I came into Avamere, it became second nature for me,” Titus shared. “When I go to work, it doesn’t feel like work. It feels like a second home.”

The Avamere Family of Companies Welcomes New Community in Arizona