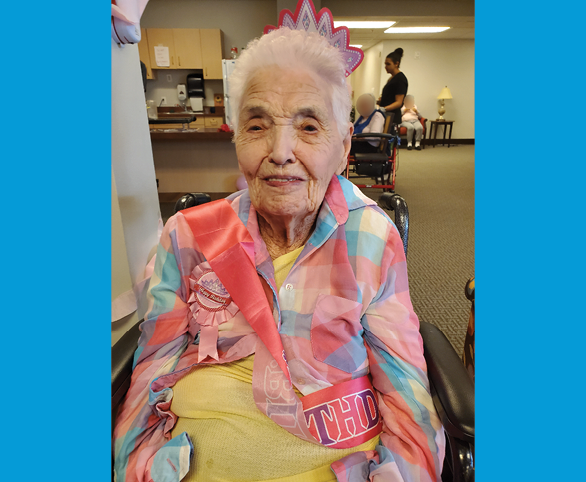 Vanessa Arteman, a resident at Avamere at Rio Rancho, celebrated her 106th birthday amongst her friends at the 55+ community and her son, Robert.

Vanessa reached this incredible life milestone on February 21. They honored the wonderful occasion with a party in the memory care area at Avamere at Rio Rancho, where Vanessa lives.

Her husband Roy passed away in 1974. Her two daughters, Margie and Shirley, have also since passed away. Her oldest child, Robert, lives near her in Rio Rancho, New Mexico.

Vanessa believes a close-knit, loving family is one of the most precious gifts we can ever have on this earth.

Vanessa was an avid collector of family photos and newspaper clippings featuring local events, filling many albums. As a youth, Vanessa enjoyed playing guitar and singing with her Kirby Family music group.