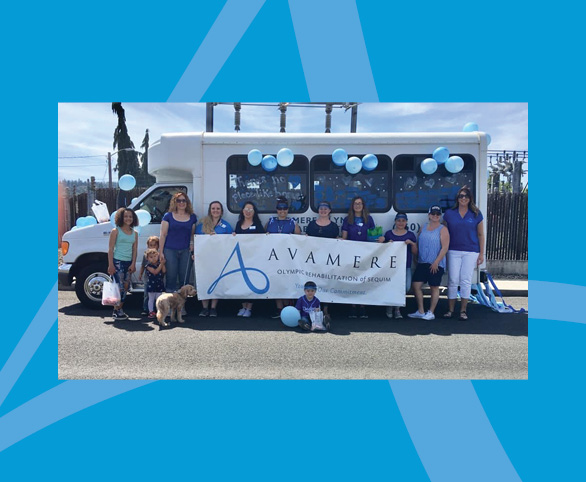 Team members from Avamere Olympic Rehabilitation of Sequim continued their tradition of participating in the Sequim Irrigation Festival Parade.

The annual festival celebrates the irrigation ditches that brought water to the once dry prairies of Sequim. 2019 marked their 123rd irrigation festival.

The parade took place Saturday, May 11 in downtown Sequim, Washington, or “Sunny Sequim,” as many locals call it. The route went just over a mile along Sequim Avenue.

“It’s a fun event that the community looks forward to every year,” said Kim Gray, Marketing Director at Avamere Olympic Rehab of Sequim. “Avamere has been able to be a part of the parade for many years now, and we plan to keep up the tradition.”

The team handed out candy and Avamere visors. Kim said it was a sunny day, so the visors came in handy!

Special thanks to our Sequim team

Thank you to our parade walkers for taking time out of your day to promote Avamere at the festival:

Check out the parade photos here. We look forward to seeing next year’s parade décor on our Avamere van!

A First-Class Way to Heal