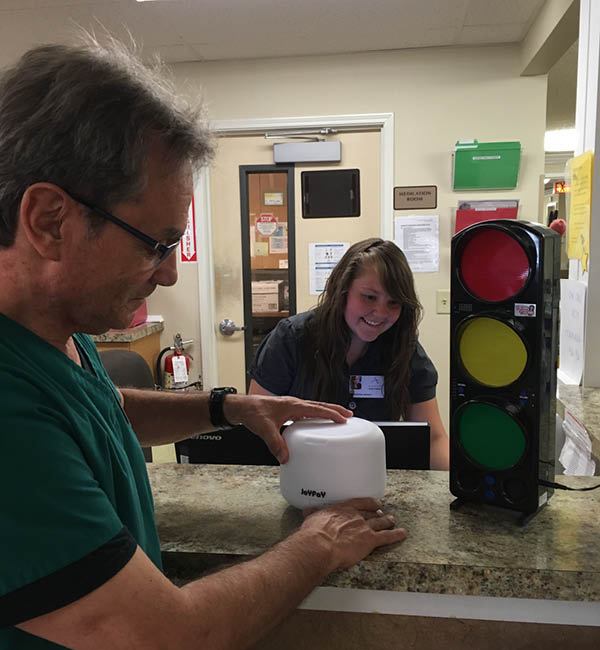 Could you imagine waking up 22 times throughout the night?

This was a reality for patients and residents at Avamere Rehabilitation of Eugene. The effects from so little sleep leaked into their daytime hours, negatively impacting their quality of life.

A few team members from Avamere Rehabilitation of Eugene gathered together to address this major problem their patients and residents faced.

Their diligent efforts paid off as Avamere Rehabilitation of Eugene was awarded the Bronze Dignity Award from McKnight’s Technology Awards for their sleep program.

As winners, Silebi and her team shared the technology involved, how it was used, and the resulting benefits.

The team found a few problem points that caused sleep disturbances. Patients woke up throughout the night to take medications and use the restroom.

There were also disturbances unrelated to a patient’s personal care needs. Anytime their roommate needed to take medicine or use the restroom, nurses turned on the room lights to assist the patient. Noise also came from staff cleaning rooms at night, patients sleeping with TVs on, and chatter in the halls as nurses cared for their patients.

To fix these problems, Silebi and her team turned down the hallway lights, staff started using hands-free lights to hang around their necks when patients needed help, and they changed the times patients took medications when possible.

They also ordered different disposable briefs that lasted longer overnight and limited liquid intake in the evening. Instead of drinking an 8 oz glass, patients drank 5.5 oz at night.

To help the patients prepare for bed, staff put lavender infusers in the hall at 8 each evening.

The team also started using Yacker Tracker, a noise tracker that looks like a stop light, to warn staff when the noise level gets too high. They also eliminated paging at night, stopped cleaning rooms at night, and gave patients headphones for late night TV watching.

Getting more sleep greatly impacted the patients’ lives. Before starting this program, the Eugene location had a higher rate than the national average for sleep aids and have since dropped below the average.

Their patient satisfaction has also increased to 90 percent, up from 71.4 percent.

As winners of the Dignity Award, Silebi calls it the “dignity of sleeping.”

“I was thrilled that we won,” Silebi said. “It always feels good to be part of something new and innovative.”

Silebi and her team used technology to improve sleep quality – but more importantly – to improve life quality as well.

Congratulations to Avamere Rehabilitation of Eugene for this incredible achievement!

Giving Back as a Physical Therapist
Next