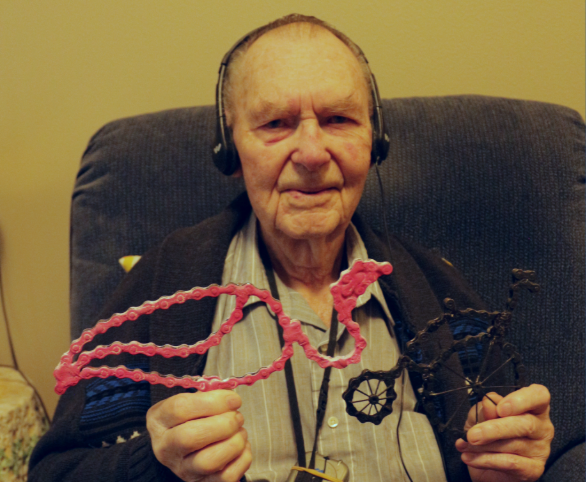 At 99 years young, Melvin “Mel” Mattson is a veteran having served in the Philippians during the 1940s. Today, he creates objects out of bike chains as gifts for all to enjoy. 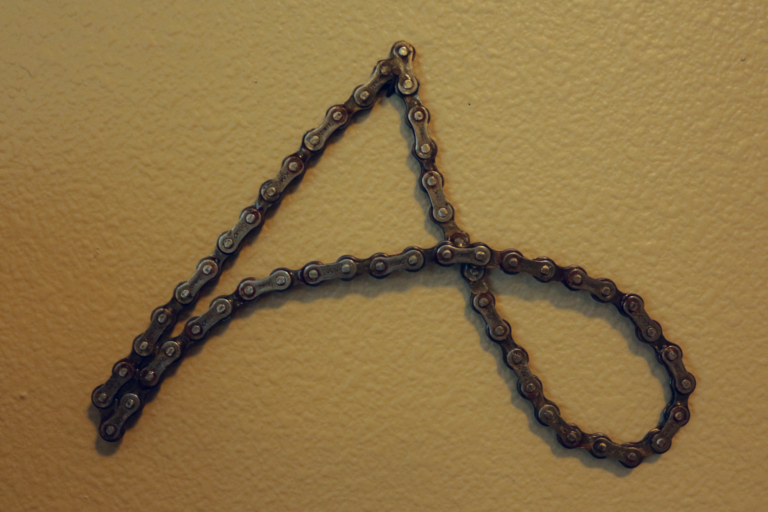 Mel had made about 20 different designs out of bike chains, including hearts (his most popular pieces), bikes, seahorses, flamingos, and even the Avamere “A.”

“I like unusual things,” Mel said about his hobby.

The start of a new hobby

It all started when his daughter handed him some bike chains and said, “Here, you need something to do,” Mel recalled.

It was quite a challenge because a bicycle chain is not rigid. It only bends two ways.

“It was a good education for me in learning how to do a difficult thing,” Mel shared. “I’ve always been interested in how things work.”

The hardest part of the craft is cleaning the chain, Mel said. But the result is a beautiful piece of artwork with a rich, but unknown, history.

“That could have been on a bicycle in Europe someplace – you never know where this chain has been,” Mel noted. “A simple little thing could have a lot of history with it.”

One of a kind 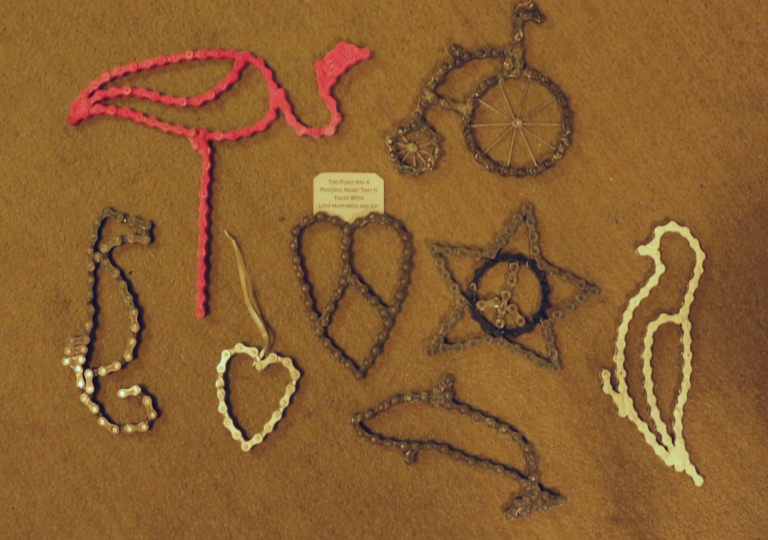 Mel’s bike chain art is truly one of a kind. He’s searched the internet looking for someone else who crafts with bike chains, and while he has found people who use items that are made to look like chins, he hasn’t found anyone who makes it from a real bike chain like he does.

Mel has been crafting with bike chains almost since he moved into Avamere at Hillsboro in 2015.

His work has been displayed in his senior living community and in the Artful Gallery.

Stop by Avamere at Hillsboro and ask to see the famous Avamere “A” among staff and residents. And if you get a chance, be sure to ask to say hello to the artist himself!

From CNA and Beyond: A Career Path at Avamere