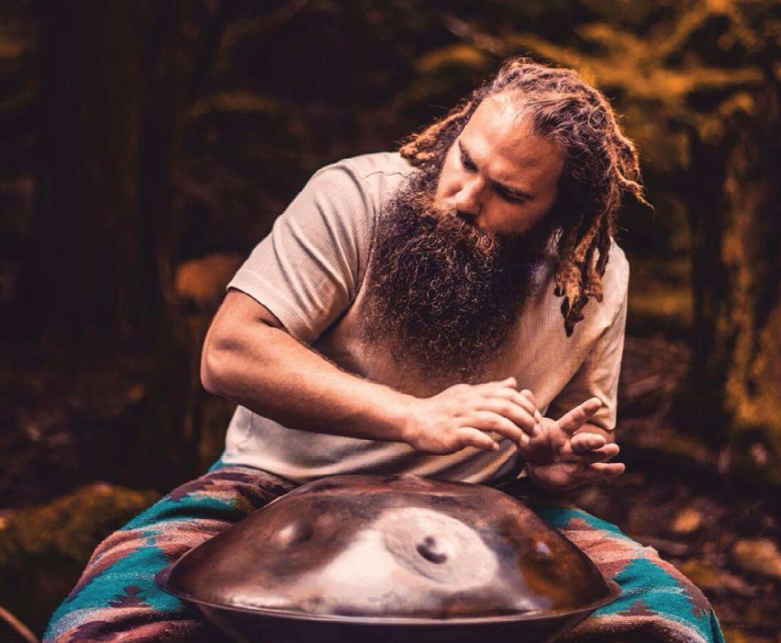 Assisted living residents with Avamere at South Hill in Spokane, Washington enjoy listening to heavenly drum sounds from Ethereal in E every month.

The musician, Adam, is well-known for playing the handpan, a metal drum surrounded by circles that produce different tones.

Adam enjoys playing for the residents when he visits.

“They’re so good to me,” he said. “Each time I go there, the crowd gets bigger and bigger. They’re very appreciative of me, and that makes it so much sweeter.”

The assisted living residents at Avamere at South Hill truly enjoy hearing Adam’s music. Even the staff stop to listen for a bit throughout the performance. One resident loves his music so much that she buys one of his CDs every time he visits to give to family and friends.

A love for music found in trials 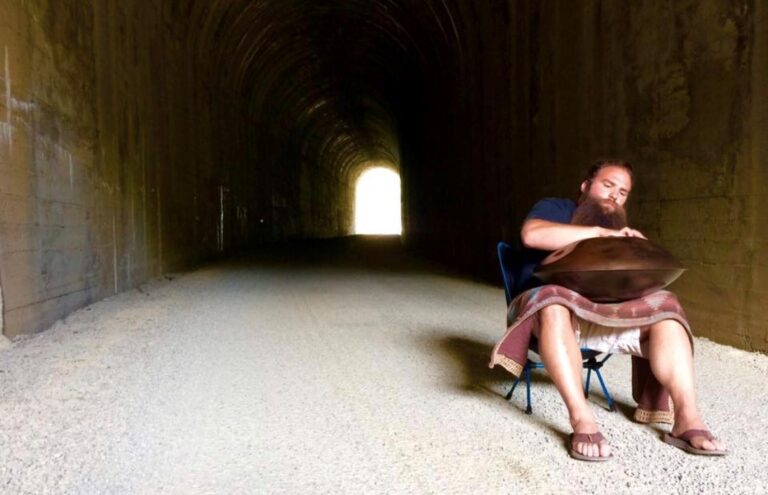 With over 46,000 followers on Facebook and many gigs lined up, Adam’s popularity has grown immensely in the two years he’s played the handpan.

But his passion for music developed from rough beginnings.

When he was only 11 years old, Adam’s father committed suicide after suffering from bipolar depression. Amongst this heartbreaking experience, Adam found an outlet.

“I was the kid that was always tapping on something,” Adam said.

He tapped on his desk at school and his walls at home – anything he could get his hands on. His mother saw this tapping energy in him and signed Adam up for drum lessons.

“Being able to lose myself in the rhythm was so soothing for me,” Adam shared.

Adam’s passion for percussion continued through his life. He had a garage band with friends, played drums at his church, and played music with friends while in college. 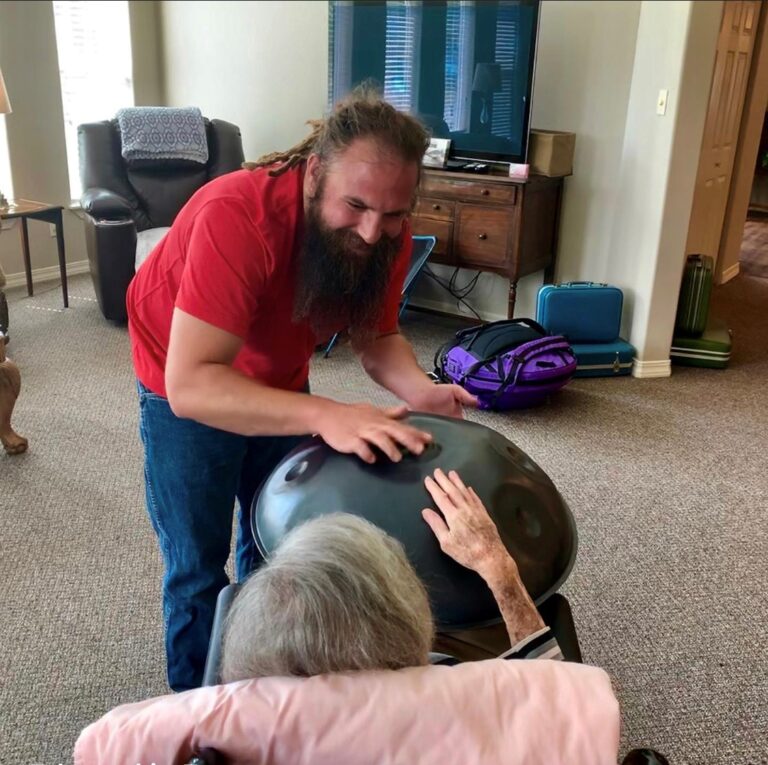 Adam experienced ups and downs in his musical journey, including taking a break from music. He was in between jobs and donating plasma for cash when something caught his eye on YouTube: the handpan.

“I just fell in love,” Adam shared. “I thought, ‘I can do that. This might be my ticket into professional music.’”

He got a handpan and started playing on the street for tips in downtown Coeur d’Alene, Idaho, where he lives. Using the money he earned during his first summer, Adam recorded his first album.

A year and a half after that, he left his job as a counselor to embrace the music career. Adam is now in his second year as Ethereal in E, and he’s truly living the dream. 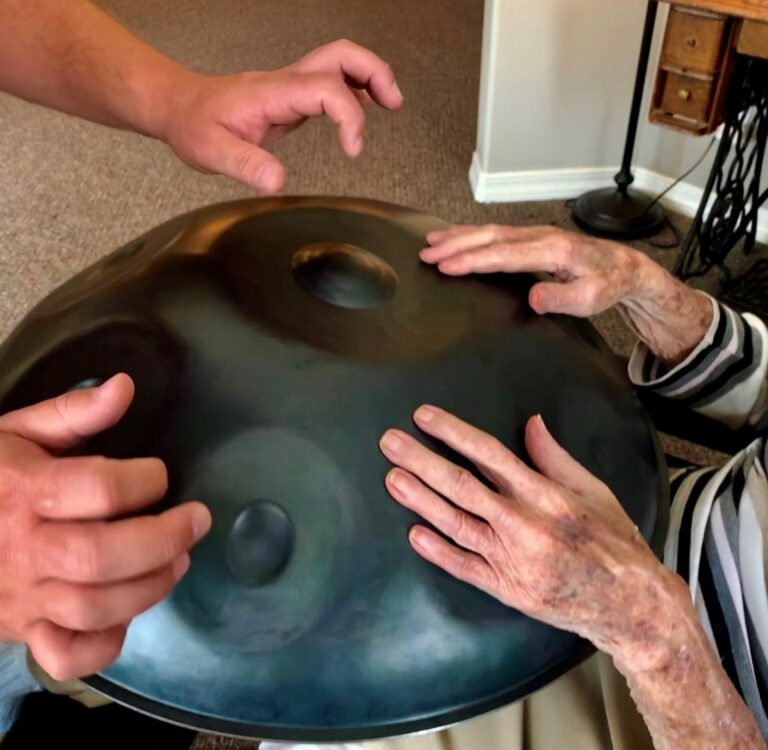 Today, Adam is music sensation. He enjoys performing for all sorts of audiences – from young children up to the elderly.

For one performance, he got a special request. A man contacted Adam saying his mother was a big fan. They lived in Moses Lake, Washington, about two hours west of Coeur d’Alene. She had wanted to travel to see Adam perform for a long time. After battling cancer for years, she was expected to live only a few more weeks.

Adam traveled to Moses Lake to give his fan a private performance for her and her family. This was a powerful and humbling experience for Adam.

He also performs regularly with a hospice in Northern Idaho. During one performance, Adam dedicated a song to one of the ladies he was playing for, called Last Breath.

“It’s really humbling knowing and honoring to know that you might be the last musician someone hears before they pass away,” Adam shared.

Adam’s musician name, Ethereal in E, comes from the definition of Ethereal: heavenly.

When he was searching for a name, he thought, “What a perfect word to describe what comes out of this instrument.”

You can listen to Adam’s heavenly music and find his upcoming events by following him on Facebook.