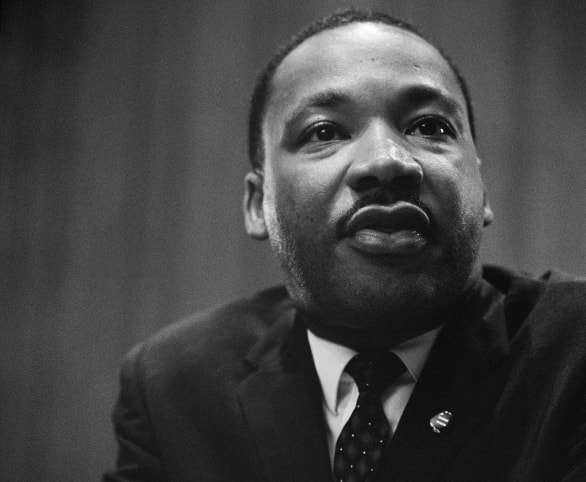 “I still have a dream. It is a dream deeply rooted in the American dream,” Dr. King declared.

“I have a dream that one day this nation will rise up and live out the true meaning of its creed: We hold these truths to be self-evident that all men are created equal.”

Dr. King was a civil rights activist, well-known for his efforts from the mid-1950s until his death in 1968. Among his many notable achievements, he led the Montgomery Bus Boycott following Rosa Parks’ activism in refusing to give up her bus seat for a white man, led the March on Washington in 1963, where he delivered his I Have a Dream speech, and earned the Nobel Peace Prize in 1964.

Dr. King valued religion and family. He earned his doctorate degree from Boston University in 1955 at only 25 years old while serving as a pastor during his dissertation. He married his wife Coretta Scott in June 1953, and together they had four children: Yolanda, Martin Luther King III, Dexter, and Bernice.

After many years of devoting his life to civil rights advocacy, Dr. King was assassinated on April 4, 1968 at 39 years old.

Our country honors the memory of Dr. King near his birthday, January 15. This day is symbolic of uniting as a community and nation.

The work of Dr. King and many others continues today as people across the United States learn Black history and continue the fight for equality.

Avamere is sharing stories from residents and team members on social media to thoughtfully recognize this observance. Hear how they have been impacted by Martin Luther King Jr.’s advocacy and how they continue his work today.

Visit one of our social media channels or follow the hashtag #AvamereHonorsMLK. Keep up with all Avamere’s efforts surrounding diversity, equity, and inclusion at avamere.com/dei, where you’ll find employee stories, cultural moments, news, and more.