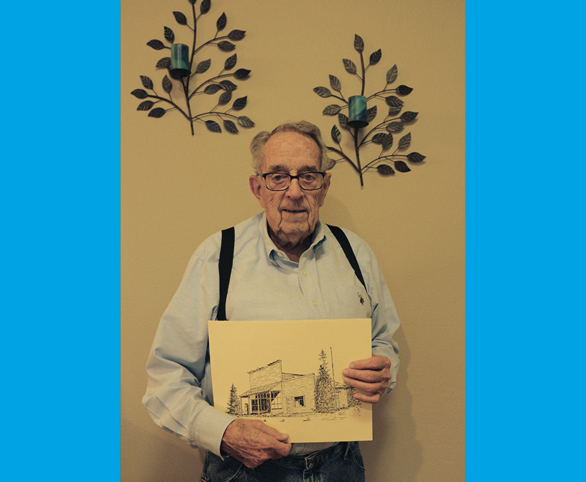 He started drawing from a young age, even before he was in grade school.

“I drew on a page of every book I ended up with,” Al said as he chuckled.

His schoolteacher saw a talent in him and encouraged his drawing hobby. Since then, Al takes his inspiration from things he sees. He removes unwanted items from the photos, leaving a beautiful image. 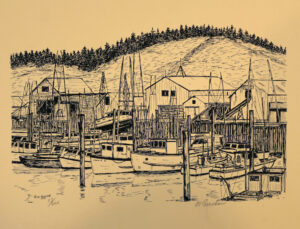 Al creates copies of all his drawings with the amount noted in the corner of each one. The most copies he has made of a single sketch is 700. Al has created and sold so many sketches that he can’t even guess how many he has sold.

In addition to his sketches, Al also drew cartoons for a magazine for a few years. And in two of the issues, he was featured on the front page! 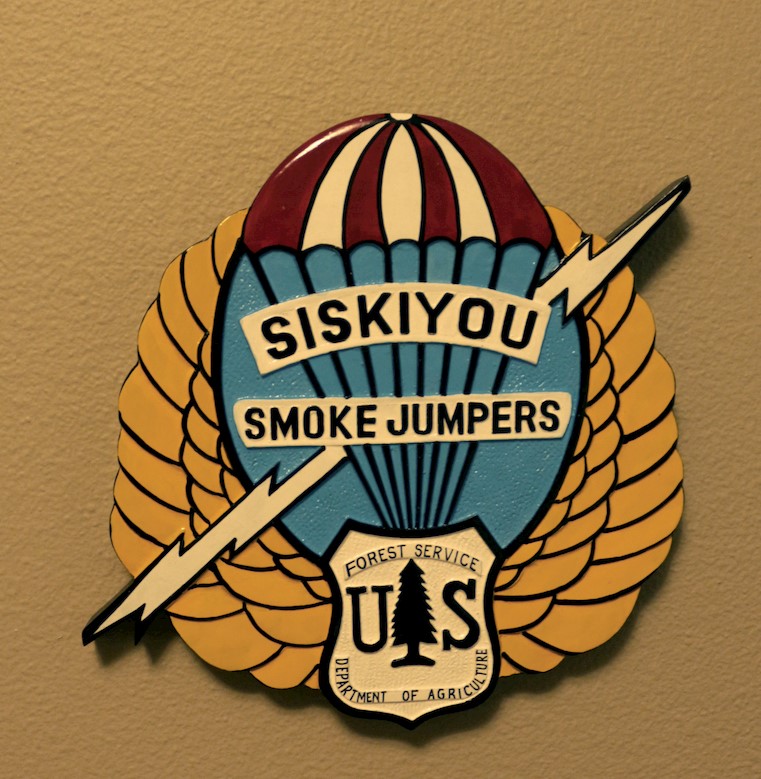 Though it was an intense job, Al holds fond memories of the good times with his fellow jumpers, including one time when a fellow jumper parachuted into a tree. 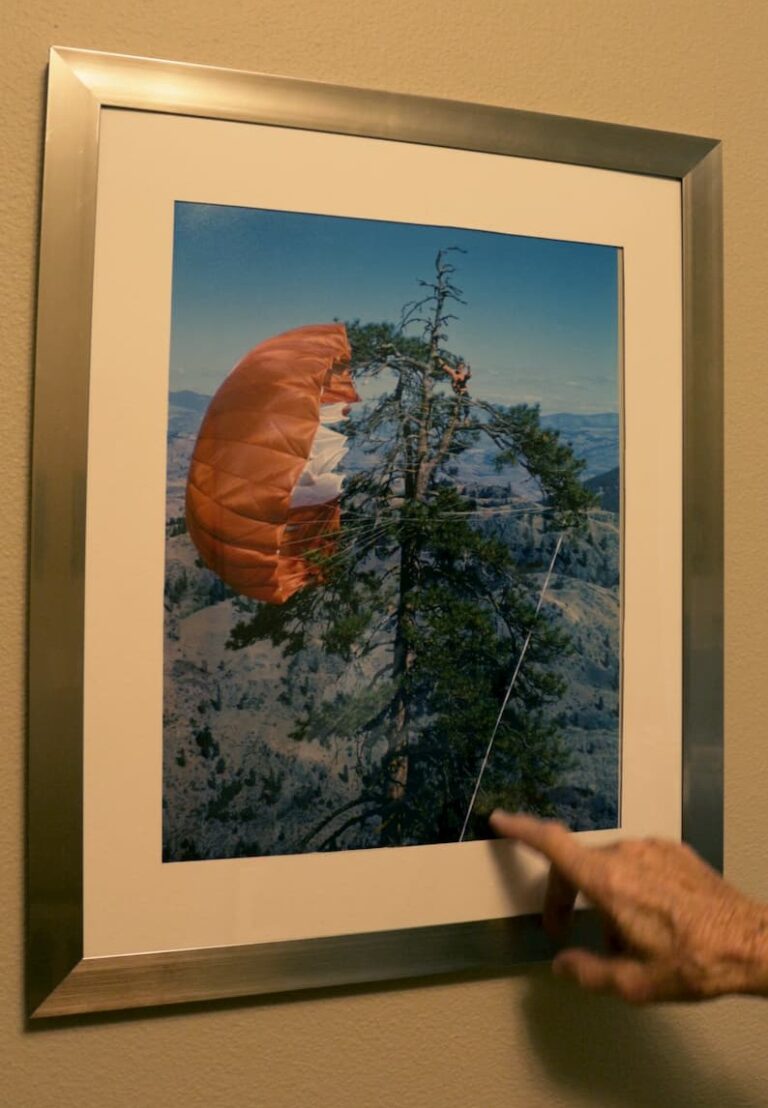 Al’s base, the Siskiyou Smokejumper Base in Cave Junction, Oregon, was open from 1943 to 1981. Today it stands as a museum. Al created a postcard sold in that very museum, featuring a photo he took of a fellow jumper. 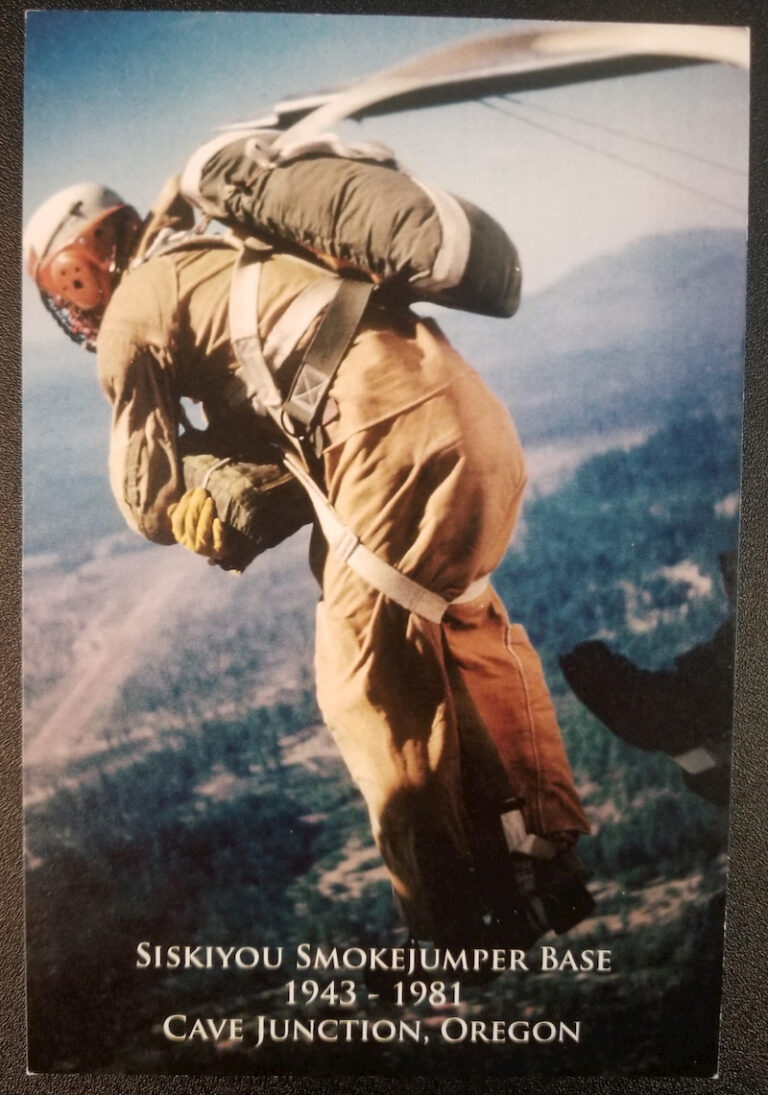 In addition to his work as a smoke jumper, Al also served in the Navy for a summer as a cook and served in the army during the Korean War.

Even though his job as a smoke jumper kept him busy, Al found time to develop his many hobbies. He took up land sailing for three years, inspired by one of his fellow smoke jumpers.

Al followed him to the desert, bought his own land sail, and discovered his new passion.

“I was always looking for something different,” Al said.

And he certainly was! In addition to sketching and land sailing, Al also repaired antique furniture for a while. In his room sits a chair he repaired and painted himself. 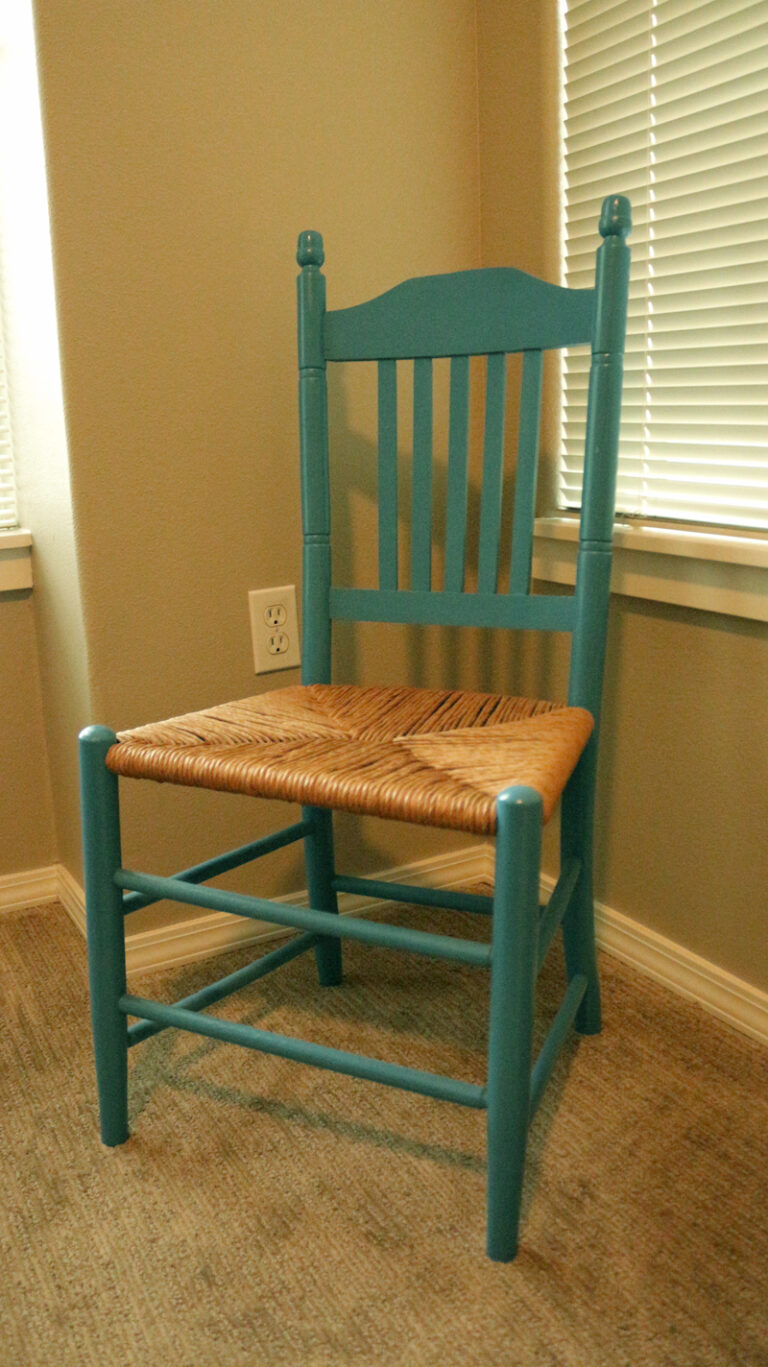 All his kids have a piece of furniture from him.

“We had a lot of fun through the years,” Al commented.

Stop by sometime to see Al’s work for yourself and hear his story. He certainly has a lifetime of experiences to share.