Supporting Alzheimer’s Awareness at Memories in the Making Gala 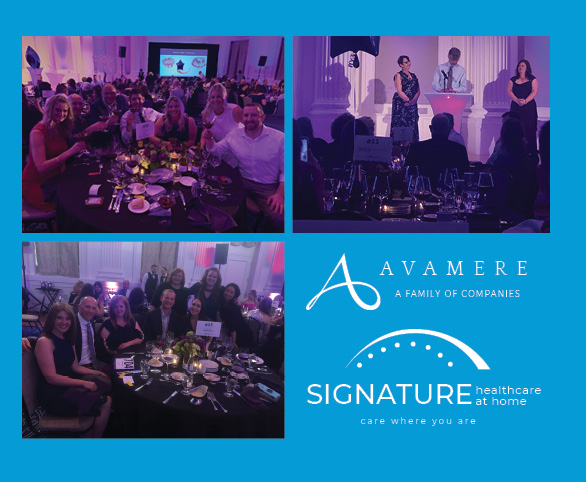 By the time you finish reading this article, someone will have developed Alzheimer’s disease. A person develops Alzheimer’s every 65 seconds in the United States.

As a company who serves seniors, our teams gather together in support of awareness, research, and ultimately, finding a cure.

Showing support at Memories in the Making 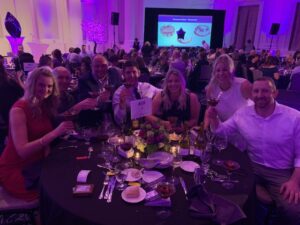 Several leaders and team members from the Avamere Family of Companies attended and sponsored the Memories in the Making Art Auction & Gala in support of the Alzheimer’s Association.

Maggie Hilty, Regional Director of Operations for Avamere Living, said Memories in the Making is one of her favorite fundraisers of the year.

“Not only is it supporting a great cause,” she said, “but it is so heartwarming to see the art that is being created by those using the program, as well as hearing firsthand from families and loved ones with Alzheimer’s about how Memories in the Making has impacted their life.”

Through their efforts, as well as all those who attended and volunteered their time, Memories in the Making exceeded their fundraising from last year by $17,000 with $203,000 raised during the silent and live auctions.

The gala took place at the Sentinel Hotel in Portland, Oregon May 10, 2019. As a VIP reception and after party sponsor, the Avamere Family of Companies sponsored the VIP reception prior to the silent auction, as well as the party following the event.

The Avamere Family of Companies teams will continue their support of the Alzheimer’s Association by participating in or donating to the 2019 Walk to End Alzheimer’s in August. This support aligns with Avamere’s priority of social responsibility, a goal to be active and make a difference in the communities Avamere serves throughout our family of companies.

We believe in a world without Alzheimer’s. Until then, we’ll be there to serve our memory care patients and residents.

Honoring Our Nurses During National Nurses Week
Next

When Laughter and Yoga Collide