When Laughter and Yoga Collide 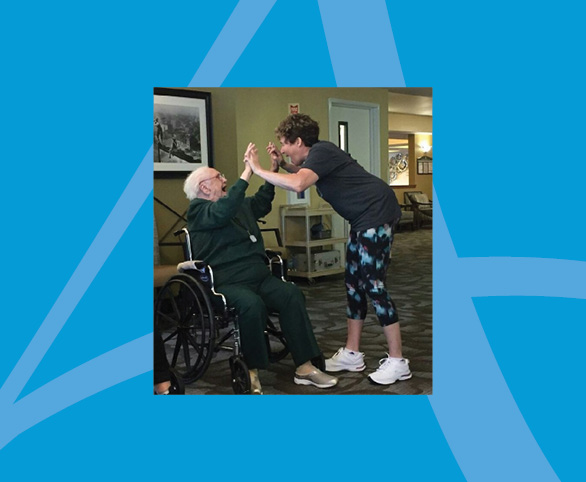 Residents giggled as they left the activities room at Avamere at Oak Park. They just finished Laughter Yoga, a unique activity where residents listen to silly stories while getting in their daily stretches.

Gail Hand, a vendor and entertainer from Portland, Oregon, visited Avamere at Oak Park to lead the activity.

“She’s a positive guest speaker in a way,” said Alysha Sanford, Life Enrichment Director. “We appreciate her traveling all the way out to Roseburg.”

Getting to know Laughter Yoga 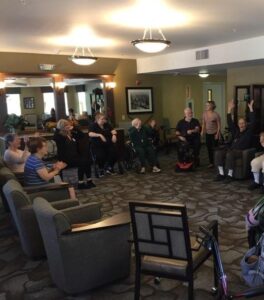 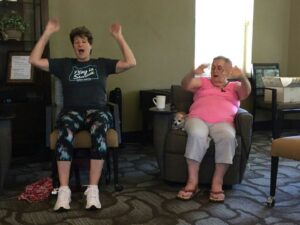 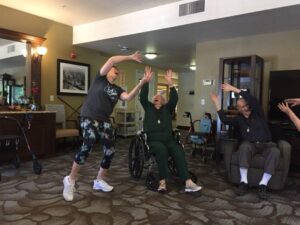 During the first Laughter Yoga activity, Alysha said the residents at Avamere at Oak Park were skeptical and curious. They followed Gail’s lead as she told interactive stories and led the group in exaggerated movements.

“We all sat in a circle,” Alysha recalled. “It’s a very interactive exercise while also focusing on your inner silliness.”

Gail told wacky stories with different scenarios like mixing ice cream and pouring it on your neighbor. 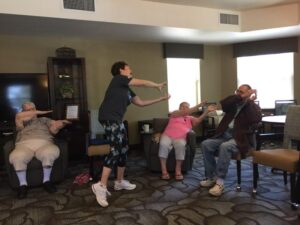 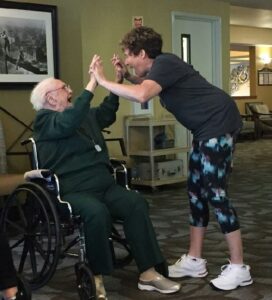 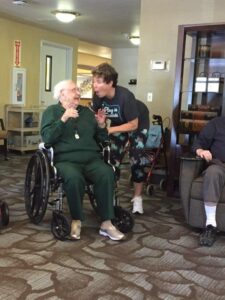 The residents enjoyed Laughter Yoga so much that they anticipated Gail’s next class.

“They got out of lunch and zipped to her class so they didn’t miss it,” Alysha said. “They had a blast.”

Gail has visited Avamere at Oak Park twice in the past six months, and Alysha and the residents look forward to her return. And no wonder the residents love it so much – it’s just as emotionally engaging as it is physically.

“You hear them giggling as they leave the room,” Alysha said. “A lot of them seemed like they were inspired in a way – they felt uplifted.”

Avamere at Oak Park provides assisted living and respite care to the seniors of Roseburg, Oregon and surrounding areas. Visit their website to find out more.

Supporting Alzheimer’s Awareness at Memories in the Making Gala
Next