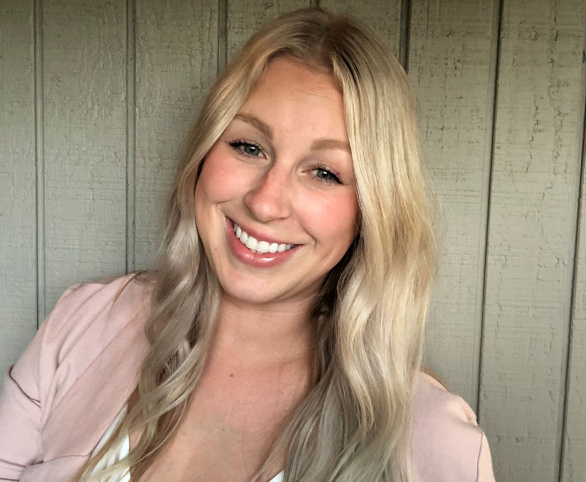 This Women’s History month, we’re excited to celebrate the stories of trailblazing women, whose work and contributions have made a significant impact in our family of companies. Today, we’re celebrating Maggie Hilty.

Despite the difficulties around us, we must not forget how far we as women have come and those that have fought for what we have today. When I think about the women who came before me, paving the way for change in the rights and privileges we have today, I am filled with gratitude and hope. We grow up learning and hearing about women that made a change in history, who went against the grain and stood up for what they believed in, but it isn’t until you reach a certain point in your life that you realize just how much what those women stood for and sacrificed for affected you and all women for generations to come.

Marie Curie was someone I learned about in school. She had a dream to be a scientist in the 1920s, to delve into research, but was unable to attend school in Poland because she was a woman. Instead of letting that stand in her way, she moved to Paris where she could attend school, and ultimately became a two-time Nobel prize winning scientist whose research into radioactivity has saved countless lives today.

Lillian Wald was a nurse, humanitarian, and activist. She is known for her contributions to humanitarian efforts and the founder of American community nursing. After doing some volunteer work, she recognized a huge need in community nursing and health education, specifically those for immigrants. She believed that healthcare should be available to all, not just those who could afford it. After founding what would eventually be known as the Henry Street settlement, bringing healthcare, social services, and English classes to those in poverty-stricken New York, she became an activist for the rights of women and minorities. She spent time campaigning for suffrage and racial integration and was eventually involved in founding the NAACP.

Shirley Temple, someone I grew up watching as a child, used her fame and platform later in life to become one of the first public figures to openly share with the media about her breast cancer diagnosis. By raising awareness about treatment options for breast cancer – something that wasn’t widely discussed before – women were educated about their treatment options and their right to consent to what treatment they chose, not relying solely on doctors to choose for them without their knowledge.

These women, and countless others, helped shape the way women get to live today. I am so grateful for that. My promise to the future generations of women is that I will do everything I can to continue to push for progress. I will celebrate women and all they can do and accomplish. I will raise my son to respect all women and their voices. I will ensure the daughter I’m about to welcome into this world knows that she can do anything she wants in life. I will raise my children to know that women are strong and capable of anything they set their minds to.

My Long-Drawn-Out Career Journey
Next